To dedicate more time to German and US companies that were heavily involved in trade and investment between Germany and Michigan in the 90’s, the Michigan Chapter was established as part of the German American Council of Commerce of the Midwest in 1994. Those original members responded with the same enthusiasm and dedication that is found with the board members who continue to lead under the newly formed German American Business Council as of January 2020.

In 1994, the first challenge we faced was developing a program to meet the interests of our expanding membership. With no office or staff at the time, we relied entirely on the enthusiasm and hard work of volunteers who believed that devoting some of their valuable time to this new venture would be rewarding. That process began in March 1994, even before the formal launch of our Chapter, with our first networking reception. The success of that event, and a formal survey of our membership in following and recent years, confirmed that networking opportunities were far and away the most important benefit that our members hoped to gain from participation in our Chapter. In the following years, we worked to expand our calendar of networking functions throughout the year. The Fall Dinner and Spring Reception were added in 1995 and continue even 25 years later. The German Unity Day event, which used to be hosted with our late honorary consul Fred Hoffman, became part of the calendar in 2000, following the closure of the German Consulate in Detroit after 50 years. The success of these networking events was a vital contributor to the growth of our membership. Over the years, our Chapter grew from its original fifteen members to more than 300, representing the largest German-American Chapter membership of any State.

A key element in the success of our events has been our ability to attract prominent guest speakers such as C-suite executives, Germany’s ambassadors to the United States and Germany’s president Johannes Rau in 2002 who appointed the first Honorary Consul Fred Hoffman for the Federal Republic of Germany in Michigan in the same year. Those events created the networking opportunities that our members have told us are their top priority. From the early days we focused on recruiting guest speakers from the top of the house in prominent organizations to establish our credibility and to enhance our ability to attract other guest speakers of that caliber. The success of these networking events was a vital contributor to the growth of our membership.

Although much has been accomplished over the past 25 years, the dedication and hard work of our board will continue to maintain the high standards that we have set for ourselves, partners, members and volunteers of the German American Business Council of Michigan. 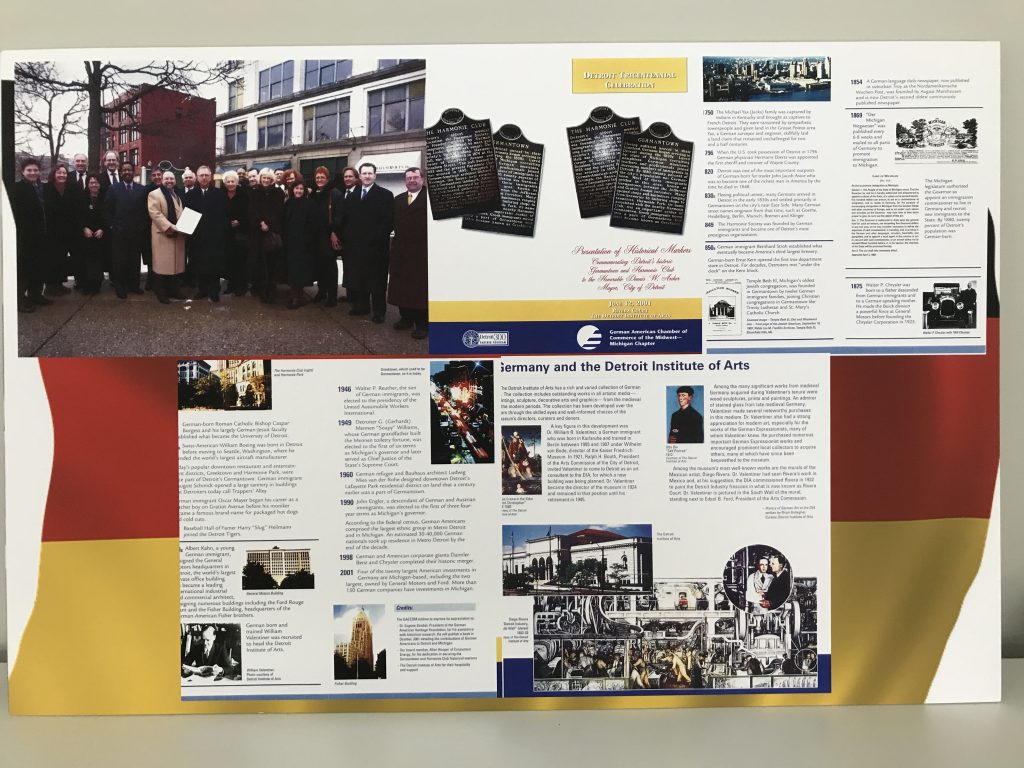 Board of Directors, Past and Current